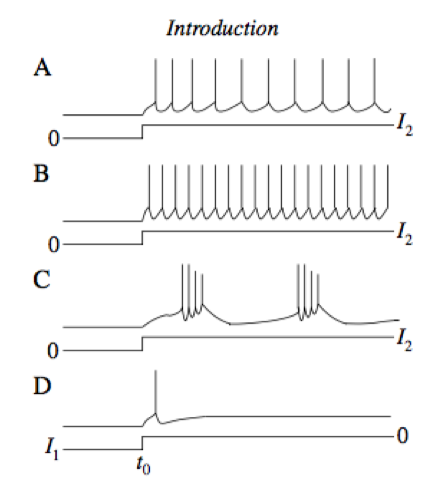 Facts: shape of PSP depends on

One of the ways to present neuron spikes is the spatio-temporal patterns of pulses. (Fig 1.8)